Video editing is the process of splicing together multiple videos. These videos can be created from a single video or from multiple videos and then edited together tell your story visually. The ‘cut’ is where two videos are stitched together. It is said that in a well-edited video you will not see the edit, it will be invisible letting the viewer experience the story unhindered. However, the opposite is also true, bad video editing will take the viewers out of the video and make them focus on the cuts, diluting the power of your message.

I have over ten years of video editing experience and in that time I have edited everything from 2 hour plus sporting events, short films and even 5-second adverts. I have edited well over 600 videos.

From Actor showreels to home footage,  music videos to short films and everything in between, I can take your video footage and edit it together under your instruction. Moreover, editing is done on a per hour basis charged at £40 ph . I am based in Rutherglen near Glasgow and can take direction over the phone or in person. Regular progress edits can be viewed via private videos shared on Youtube.

On the other hand, if you’re looking for information on video editing and want a basic understanding of how it is conducted then try my book “Smartphone Media Production”(Published by Robb Wallace Media). To clarify, it covers everything you need to make your smartphone into a media powerhouse including the theory, worked examples, as well as the best video editing apps available for today’s smartphones (IOS and Android). It will give you a good understanding of the basics of video editing.  Buy the Smartphone book here.

All the videos on www.robbwallacemedia.com are examples of my editing skills, below is an example of a custom edited music video that was built from the ground up under the direct instruction of the client. It contains a collection of stock footage and images weaved together to make the music video come to life.

The Fall Of Eve – The Devil Never Sleeps – Music video

There are two blogs each covering one video. The blog articles cover more than just the video edit. Most importantly,  the video editing process is highlighted in each. 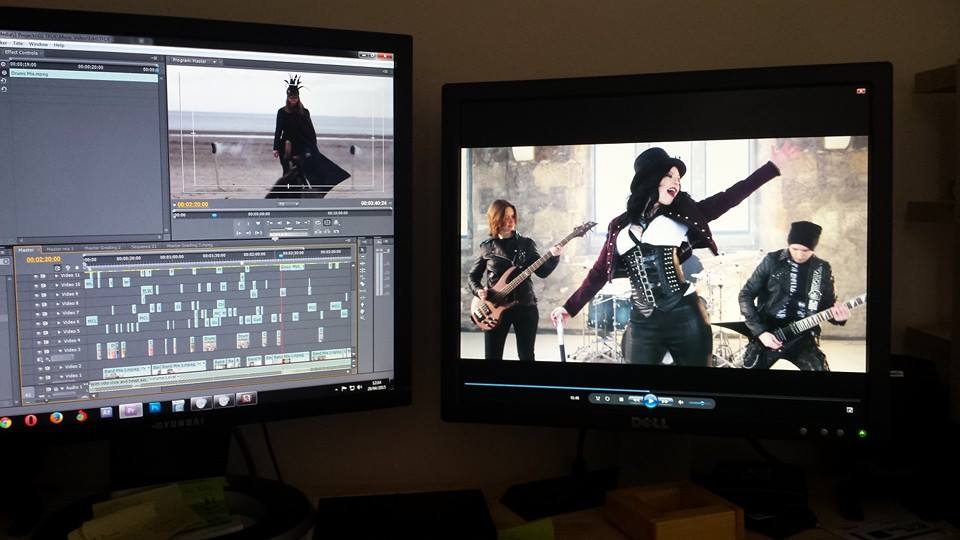