The brief was to implement a half days of smartphone video training for SAGA members. On the day everyone walked away with a completed short film, a basic understanding of how to make a short video. As well as the confidence to put it into action, ready to capture future events like Grandparents birthday parties, Motorhome holidays, etc .

If you have a group, staff or team and you want to learn some powerful smartphone filming to promote your business etc then get in touch.

Can you make a film in three hours on a Smartphone?

Is it possible to educate, then plan, capture, edit and display a short film in under three hours? Yes, it’s possible. 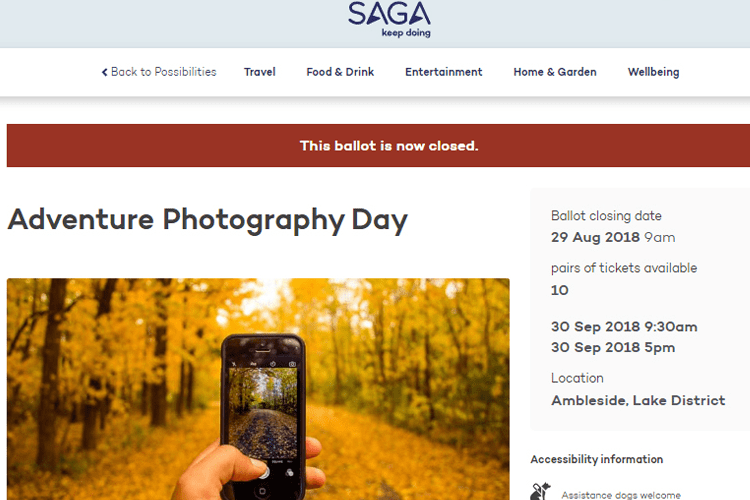 I wrote SMP back in 2016 with this exact aim, to empower phone user to use their powerful handset to make films, capture images, edit them, brand them etc. So I was well equipped for this day with SAGA.

I started with a very brief talk about the power of today’s phones and what could be achieved. I then informed everyone that we were now going to make a complete short film, with multiple video clips, titles and music and we were then going to show each other the finished film and all within the 3-hour window. 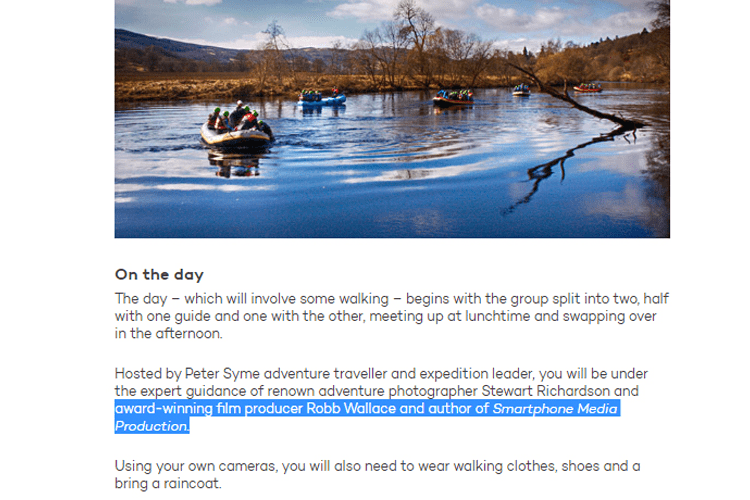 The half-day event took part on the shores of the Lake District, so there was no shortage of fantastic footage to be had.

Every short film, be it a family birthday, a short promo, a short reminder of a holiday, a graduation clip, they all need a story. The story can be as simple as a problem, solution, call to action for a promo or sales video. To a classic version of the beginning, middle, end that I like to use which is Balance, Disruption, Back to Balance. Most major blockbuster films can be explained with this simple formula. However, we got the SAGA members to come up with a simple story. In one a man lost his shoe and found it on the shores of the lake. In another, it was a journey to a boat that was docked on the lake. Another filmed around the idea of taking her dog for a walk by the lake. Simple stories.

I gave a brief talk about the key shots and the most important factors to guarantee a good looking film, the SAGA member took everything on boards and set off to film their stories.

Today’s smartphones are run by APPS and there is an app for everything, in fact, there are a 1000 apps for everything. So knowing the good apps from the bad is something I have spent a lot of time researching.

In the group I simultaneously walked everyone through the app we were using and step by step everyone edited their film together. In under ten minutes, everyone had a film. Technology is a fantastic tool when we understand it.

The SAGA members had a fantastic day learning how to take advantage of the smartphone (video camera, apps) they hide in there pocket to make powerful short films.

If you have a group, staff or team and you want to learn some powerful smartphone filming to promote your business etc then get in touch.